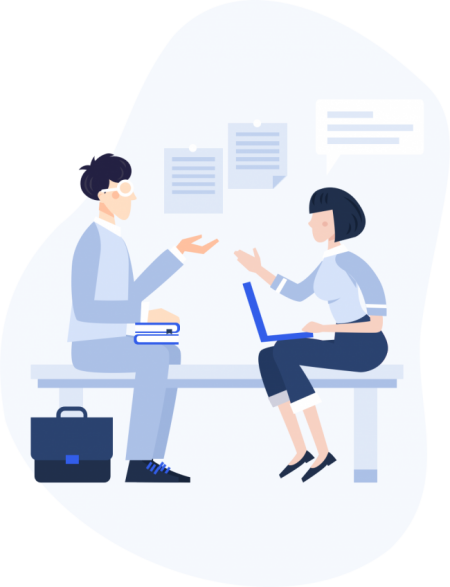 Over ?1bn of legal aid cuts have caused many people to partake unrepresented in court proceedings, or simply not fight for justice at all. The number of people receiving legal aid has fallen more than 80% in eight years.

This has prevented hundreds of thousands of people from pursuing justice in areas such as housing, debt, employment, clinical negligence, immigration, welfare payments and education and much more. To add to this the family courts are claimed to be over-run with unrepresented litigants, discouraging many people from continuing proceedings. The number of people accessing legal aid in family matters has fallen 88% in the last seven years. Within family courts legal aid is only granted to people who have alleged to be victims of domestic abuse. Since legal aid was cut in 2012 there has been a 30% increase in domestic abuse allegations in relation to cases coming before the courts. Non-molestation orders go hand in hand with domestic abuse allegations and subsequently in recent years there has been a 900% increase in non-molestation orders used in court proceedings

Representing yourself in court can be a daunting experience and with emotions running high it can be very difficult to convey your argument in the best manner. We can be of assistance; our services are those of legal consultants and we act as Mckenzie Friend?s in various cases. We offer emotional support, guidance and structure to cases at a fraction of the price of a barrister or solicitor, often gaining better results along the way. Our team have served as Mckenzie Friend?s in some of the following cases within the UK.

We have a vast amount of knowledge and experience of courtroom procedure. Our team contains Direct Access Barristers, retired Barristers, Solicitors, University Law Students and former litigants in person who have had first-hand court experience.

Here are the governments guidelines on what a Mckenzie Friend can and cannot do. However, many of our Mckenzie Friends have addressed the courts and been given rights of audience.

Mr D ? Child contact stopped by ex-partner (mother). Mr D faced allegations of threats to kill towards mother, stalking, harassment, attempted kidnap of child, drug taking and allegations of Mr D being abused by his parents (child?s grandparents). Firstly, we assisted Mr D in the taking of hair samples for analysis to disprove alleged drug taking. Secondly, we advised liaising with the Chief Commissioner of West Midlands Police to secure personal data held on the Police National Database. Thirdly we gathered DBS information on paternal grandparents which came back clear and this evidence disproved all mothers? accusations and was tactfully produced and presented in the Final Hearing resulting in Mr D being awarded a shared care residency order. Mr D now has a meaningful and loving relationship with his child.
Mr DChild arrangements
Mr O ? Mr O is an ex British Soldier who had served in Afghanistan for his country which had caused some long-lasting issues as he had previously suffered from depression, and a lack of housing. Mr O?s contact with his children was stopped by ex-wife (mother). Mr O had once already been through the Family Court system represented by a solicitor which cost him in the region of ?16,000 in fees. No progression was made during his last court ordeal and in-fact the courts had ruled against contact between him and his children. Mr O came to us with the case and we offered him some support and structure and advised him to re-open his case. I am delighted to say Mr O has rebuilt his life and through the courts he has gained a progressive contact arrangement built up to overnight stays during the weekend and regular contact during the week.
Mr OChild arrangements
Mr L informed us that he believed he would be faced with divorce proceedings from his then wife Mrs L. He believed that Mrs L would try and obtain a share of his company which Mr L had built up for seven years prior to meeting Mrs L. Mr L wanted to keep the integrity of his company and to ensure that all of his creditors were paid. Our advice to Mr L was to ensure that all of his company?s creditors obtain a charge against the company in order to ensure that they were paid the moneys owed. This in turn effected the value of the company and in divorce proceedings the company value was not deemed viable for Mrs L to include in her financial settlement.
Mr LDivorce Proceedings
Mr V had his drug driving overturned due to us advising him to contest the SFR1 (drugs test results) asking the police for a more in-depth analysis which is called SFR2. This caused the CPS to try and produce a further in-depth report in which the timescale deadline was not met and therefore there was no case to answer.
Mr VDriving Offence
Mr P allegedly driving under the influence in Manchester had his sentences overturned upon appeal as it was found the data Greater Manchester Police used was ‘manipulated’ via Randox Testing Services. Two men from Randox Testing Services were arrested and bailed for perverting the course of justice.

Mr PDriving Offence
Mr T pleaded guilty to being concerned in the production of cannabis and being in possession of criminal property. Due to this Mr T was given a community order of unpaid work and West Midlands Police attained the authority to undertake a financial investigation into Mr T in the hope to gain a confiscation order. During the Proceeds of Crime hearing prosecution claimed that the 40 cannabis plants that were growing would have produced a financial gain of ?33,600. The Police valued each plant at ?840. In the criminal proceedings at Crown Court the prosecution claimed that Mr T was a commercial grower and that he was involved in wholesale distribution, whereas in this civil matter it was claimed that Mr T was likely to sell the drug in small quantities on a street level, in turn ballooning the amount of confiscation they tried to recoup. Our team found various holes in the prosecution?s arguments. Our legal team explored the avenues that none of the plants had reached maturity and were all in different stages of growth, possibly deeming the plant material worthless, along with the fact that the wholesale price of drugs and street level prices alter substantially. The judge ordered that the amount of confiscation to be paid was ?7,840.
Mr TProceeds of crime
Miss M worked at a large supermarket chain in the UK. Miss M was pregnant with her first child. After announcing her pregnancy to her manager, she felt as though things changed at work. Miss M was made to train on picking items for the internet sales side of the business ready for dispatch the same day. Miss M accepted the new training but then further into the pregnancy she was struggling to keep up the demands put upon her by the supermarket and subsequently was not meeting KPI targets due to the heavy lifting involved. After feeling unwell just before her maternity leave, she unfortunately had to take time off work. The supermarket decided to start disciplinary proceedings against Miss M. This eventually led to Miss M being dismissed from the supermarket?s workforce. She felt as though she had been constructively dismissed from the supermarket and we started proceedings accordingly. These were claims that were strenuously defended by supermarket although during the tribunal evidence came to light that out of the 73 staff she was the only member to be asked to undertake the training which was lifting heavy items and this was two days after she had informed the management that she was pregnant. Upon light of the evidence before the last tribunal hearing Miss M received an out of court settlement of ?13,700 which she accepted.
Miss MEmployment tribunals
Previous
Next

Each case is assessed on an individual basis and work is charged accordingly. We adhere to providing the best service at the most competitive price we can offer.

Any cookies that may not be particularly necessary for the website to function and is used specifically to collect user personal data via analytics, ads, other embedded contents are termed as non-necessary cookies. It is mandatory to procure user consent prior to running these cookies on your website.